Five literary spots to visit in the UK

This is re-posted from my other blog where I talk libraries, books and writing...as it's about travel too, I thought I'd share here too.

Yesterday I spotted a Buzzfeed article on “19 British Places all Book Lovers Must Visit”. It’s a great list, and I was slightly ashamed to have only made it to four of them, but it did miss out some of my personal favourites…so here are five UK literary spots I’d add to the list:

Although they all left home at various points in their lives, the Bronte sisters were all very much attached to their home of Haworth (itself now a much-visited destination, featured in the Buzzfeed list) and the West Yorkshire Moors are a major feature of most of their novels, perhaps most famously in Charlotte’s Jane Eyre and Emily’s Wuthering Heights. You don’t even have to brave the elements to enjoy this literary setting; take the train from Leeds to Manchester and you’ll be certain you spotted the imposing Wuthering Heights up on a cliff amongst the breathtaking scenery.

St Peter’s Church, Bournemouth
If you know me well, you’ll know that Mary Shelley was always going to feature in this list! She is buried in the graveyard here, along with her mother, the famous feminist Mary Wollstonecraft, her father, the philosopher William Godwin, and the heart of her husband, the Romantic poet Percy Bysshe Shelley (he died in a storm at sea and his rotting body was recovered and cremated…it is said that his heart did not burn, and Mary took it and kept it in her desk drawer, where it was discovered by her adult children after she died). As a Mary Shelley fan, this was a bit of a pilgrimage for me. If you fancy a drink after a wander around the churchyard, there's a Wetherspoons called The Mary Shelley next door! 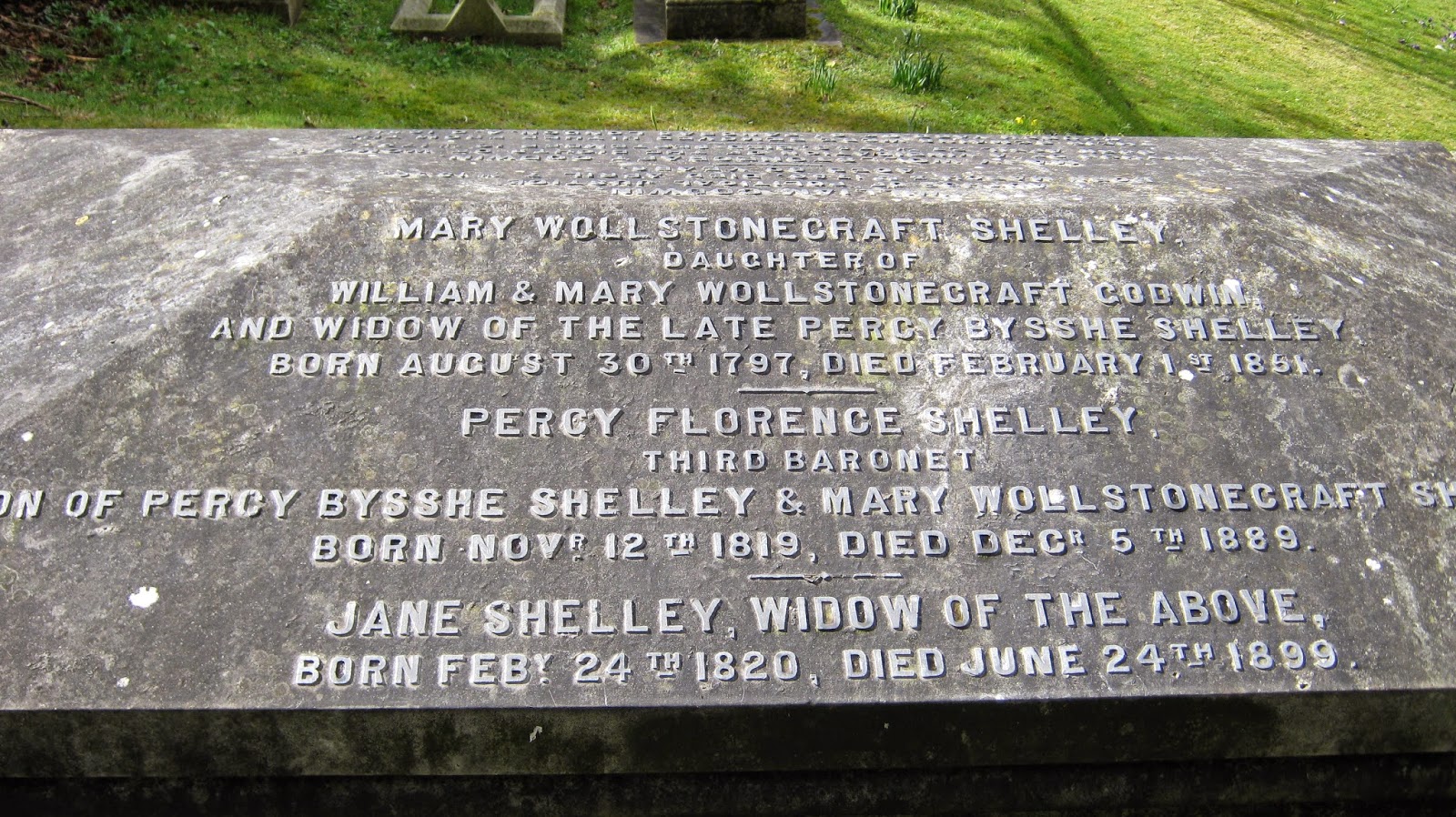 St Pancras Old Church, London
Just one more Mary Shelley one, I promise! She grew up in Somers town and her mother was originally buried in the graveyard here (first Mary’s remains were moved to Bournemouth after the second Mary’s death). Mary would often visit her mother’s grave to think and to write, and after she met Percy Bysshe Shelley, this is where they would meet in secret (he being married already). It was here that they admitted their love for each other and, it is suggested, erm…acted on this (well, they didn’t really have anywhere else to go!). There is still a memorial stone for Mary Wollstonecraft here but I have never been able to locate it; however I love walking round the churchyard, following in Mary’s footsteps.
Perrott’s Folly and Edgbaston Waterworks, Birmingham
I grew up in north Birmingham, and as a teenager I played trombone in a jazz band which met on the south side of the city every Monday night. I was a bit of a Lord of the Rings fan, reading the books around the time that the films came out, and one evening my Dad took us on a detour home, to see Perrott’s Folly, which is said to be one of two towers in Edgbaston (the second being Edgbaston Waterworks) which inspired Tolkien’s Two Towers. There’s no solid evidence that this is true, and there are many articles and blog posts out there arguing otherwise, but as someone with an active imagination, I loved standing there and thinking about how Tolkien may have pulled these ordinary industrial urban features into his fantasy land.  I’m no longer a LoTR fan but I’d still argue it’s a must-visit for those who are.

Newnham College, Cambridge
The poet Sylvia Plath first came to England on a scholarship to Cambridge University, studying at this women-only college. She wrote lots and published work in the student newspaper, and it was while she was here that she met and married Ted Hughes. I discovered Sylvia Plath, as many girls do, when I was about 17 years old, and around this time I went on a school trip where we stayed overnight at Newnham College, learning about life at the university. I was completely taken by the idea that I was wandering the same corridors that Sylvia Plath had, and that perhaps I or one of my friends were staying in her very room...
Posted by Rachel Sinclair Bickley at 13:55 No comments: Links to this post

Rachel Sinclair Bickley
Now blogging about travel on theimaginationtrail.com - please come over and join me there or on Twitter @imaginatntrail .